Lamar Odom fighting for his life

Lamar Odom - who is the ex-husband of Khloe Kardashian - is reportedly fighting for his life at a hospital in Las Vegas after being found unconscious at a brothel in Nevada. 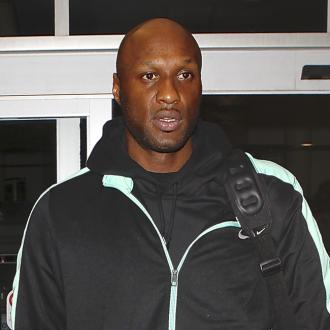 Lamar Odom is reportedly fighting for his life after being found unconscious at a brothel.

The 35-year-old star - who is the ex-husband of Khloe Kardashian - is said to be in a critical condition and breathing only with the help of machines at a hospital in Las Vegas after falling unconscious at Dennis Hof's Love Ranch South in Pahrump, Nevada.

Lamar - who split from Khloe in 2013 amid claims he'd been cheating on her and smoking crack cocaine - arrived at the Ranch on Saturday and had reportedly been taking a herbal substitute for Viagra.

Dennis Hof told TMZ.com that on Tuesday (13.10.15), a women went into Lamar's VIP suite, found him unconscious and alerted the manager who phoned for emergency services.

The manager reportedly rolled the former basketball star on to his side and saw a ''mucus-type liquid coming out of his nose and mouth''.

Odom - who had been partying at the ranch by himself - was initially rushed to Pahrump hospital where doctors incubated him and, although they initially planned to airlift him to Las Vegas for more treatment, at 6 ft 10 he is said to have been too big to fit in the helicopter and was instead transported by ambulance, according to the Nye County Sherif's department.

The Sheriff also revealed they received the call about an unresponsive male at the Love Ranch at 3.15pm.

Paramedics treated Odom before taking him to the nearby hospital while detectives conducted an investigation at the brothel, although it's not yet been announced whether they found anything at the scene.

Meanwhile, Khloe, her sister Kim Kardashian West and her mum Kris Jenner are said to have rushed to Lamar's hospital bedside after hearing the news.

An insider told Us Weekly that Khloe is ''inconsolable''.