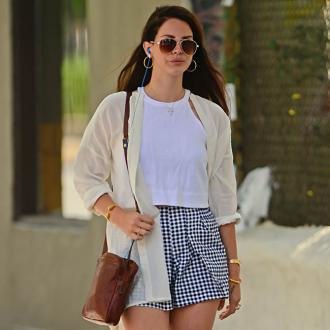 The 29-year-old star has revealed production on her new record is ''perfect'' and that she's now waiting for ''a few more songs to tie everything together''.

Lana also explained where her new album fits in with her earlier work, saying: ''It's very different from the last one [Ultraviolence] and similar to the first two, Born to Die and Paradise.

''I finished my last one in March and released it in June and I had a follow-up idea. It's growing into something I really like.

''I'm kind of enjoying sinking into this more noirish feel for this one. It's been good.''

What's more, Lana confirmed her new album will feature a cover of 'Don't Let Me Be Misunderstood', which was made famous by Nina Simone.

She told Billboard: ''After doing a cover of [the Jessie Mae Robinson track] 'The Other Woman', I like summarising the record with a jazz song. I'm having fun with my interpretation.''

Meanwhile, Lana revealed recently that her biggest ''inspiration'' used to be New York.

The 'Born to Die' hitmaker lived in the city for eight years and it was a big influence on her songwriting until she found fame, as she now finds it harder to travel around without being recognised.

She shared: ''I loved New York. When I was there it was almost my sole source of inspiration, more than any other man, writer or rapper, but it's harder for me to get around now.''