Lana Del Rey: Lust For Life is the 'opposite' of Born To Die

Lana Del Rey insists her new album 'Lust For Life' is the ''complete opposite'' of her 2012 debut 'Born To Die'. 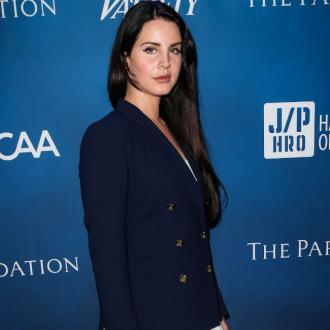 Lana Del Rey insists her new album is the ''complete opposite'' of 'Born To Die'.

The 32-year-old musician released her debut studio album five years ago in 2012, and as she gears up to release her fifth venture 'Lust For Life' next month, the star insists her sound couldn't be more evolved.

She said: ''They're complete opposites, and it's funny because when I chose the title, I didn't think about it right away. It was the title of the first song I wrote for this record. But there are so many things that have gotten me to the point that I'm at now. One of them is just time. And because I do write everything myself, I just wanted to chronicle how I was feeling honestly, in the moment, for each record.''

The 'Young And Beautiful' hitmaker also revealed her upcoming album is ''really present'' in the real world and its events, as she takes a greater interest in the news these days.

She added: ''I had a lot of stories that I wanted to tell that I hadn't told yet up until this point. And now, through the last four records, I got out a lot of those stories and a lot of those feelings, and for the first time, I've caught myself up to real time. And now, I'm at this place where I feel like I'm really present, and when I'm reading the news, I'm really reading it, whereas before I was a little bit in my own head. So, there's definitely been a feeling of freedom and lightness being in the present moment. That brings on that lust for life feeling, when you don't have all of those feelings about the past weighing you down.''

The theme for Lana's record is the idea of doing things ''for the right reasons'', and ''trying to stay positive''.

She told Fleetwood Mac's Stevie Nicks in an interview for V magazine: ''That's been the theme of my record: being in touch with what it takes to do things for the right reasons. All the actions that you need to take beyond just the words and all the decisions that I knew I wanted to make this year... trying to stay positive, and just believing that things are going to be okay. And if it feels like they're not going to be okay, we'll try and make them okay individually and then together.''