She's been accused of racism before now, but Lana Del Rey doesn't seem to make it any better when she tries to defend herself. We don't for a minute believe that the singer is a racist, but the white fragility is painfully strong in a recent Instagram post regarding her latest album cover. 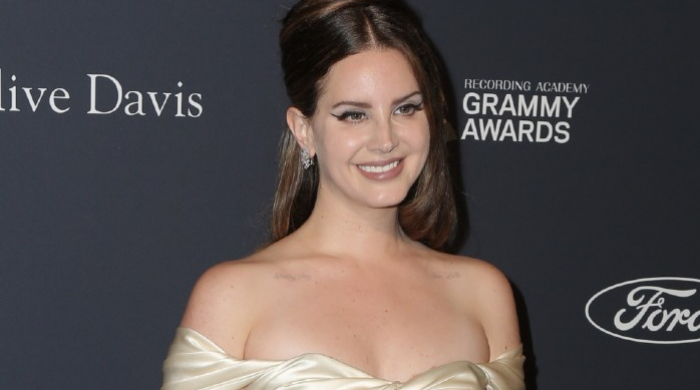 The 35-year-old is set to drop her seventh album Chemtrails over the Country Club later this year, and yesterday (January 10th) unveiled the black and white retro-style cover art depicting herself and ten female friends crowded round a table. It's a fairly harmless image, but that didn't stop her from posting a seemingly pre-emptive defensive statement about people of colour.

"I also want to say that with everything going on this year! And no this was not intended - these are my best friends, since you are asking today", she said in a now deleted post on Instagram. "And damn! As it happens when it comes to my amazing friends and this cover yes there are people of color on this records picture and that’s all I’ll say about that."

Alas, if only that WAS all she said about it. Apart from listing a few of her non-white friends ("My beautiful friend Valerie from Del Rio Mexico, my dearest friend Alex and my gorgeous friend Dakota Rain as well as my sweetheart Tatiana"), she goes on to insist again that including people of colour wasn't a deliberate attempt to be inclusive, rather an accurate reflection of her everyday life.

"These are my friends and this is my life", she continued. "We are all a beautiful mix of everything - some more than others which is visible and celebrated in everything I do. In 11 years working I have always been extremely inclusive without even trying to."

Unfortunately, her statement didn't end there, and it was the last couple of sentences which really caused some social media upset.

"My best friends are rappers my boyfriends have been rappers", she added, as readers around the world cringed. "My dearest friends have been from all over the place, so before you make comments again about a WOC/POC issue, I’m not the one storming the capital, I’m literally changing the world by putting my life and thoughts and love out there on the table 24 seven. Respect it."

We can't decide whether it's her casually equating rap music with people of colour or her claiming that she's "changing the world" which sounds the most offensive, but it caused enough anger and frustration for her to quickly remove the statement entirely.

It's not clear what, if anything, prompted such a comment in the first place, apart from the various accusations of racism that have been thrown at her in the last year.

In May, she posted something of an open letter on Instagram in response to being accused of "glamorising abuse".

if you ever feel useless, just remember that lana del rey has a publicist pic.twitter.com/3WPM2SW3Qu

"Now that Doja Cat, Ariana, Camila, Cardi B, Kehlani and Nicki Minaj and Beyonce have had number ones with songs about being sexy, wearing no clothes, f***ing, cheating etc - can I please go back to singing about being embodied, feeling beautiful by being in love even if the relationship is not perfect, or dancing for money - or whatever I want - without being crucified or saying that I'm glamorizing abuse?"

Some believed she was attacking these artists that she listed, and because the majority of them are women of colour, she was thus accused of racism. She responded by denying that she was criticising the artists or that she was racist and blasted the media for suggesting so.

"The singers I mentioned are my favorite singers," she continued. "I haven’t had the same opportunity to express what I wanted to express without being completely decimated and if you want to say that that has something to do with race that’s your opinion but that’s not what I was saying."

"There are certain women that culture doesn’t want to have a voice it may not have to do with race I don’t know what it has to do with", she added. "I don’t care anymore but don’t ever ever ever ever bro- call me racist because that is bulls**t."

Lana Del Rey faced backlash again soon after when she posted a video of stores being looted during a Black Lives Matter protest. She was immediately slammed by Kehlani who wrote: "Please remove your Instagram post – it’s dangerous as f*** and a very poor choice of moment to post. DO NOT endanger people with your very massive platform."

Thankfully, she did indeed remove the video without an argument, but not before her followers could weigh in on the matter.

With her history in mind, it's understandable that Lana would get so defensive at any hint of a racist accusation. But with such a public platform, it's probably about time she learned to tone down the attitude when responding to such criticisms before she makes matters even worse for herself.