Singer-turned-tv Personality Lance Bass Is Clarifying Comments He Made Suggesting He Was Sexually Harassed During His Days In 'N Sync, Insisting No One From The Boy Band Was "Molested" When They Were Teens. 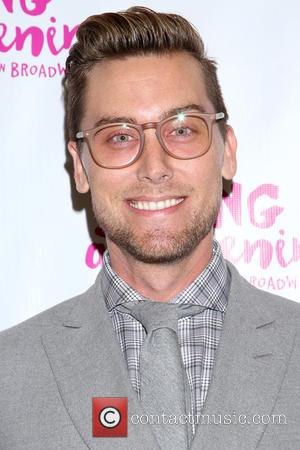 The Bye Bye Bye singer hit headlines on Wednesday (07Oct15), when he was part of a roundtable discussion about sexual harassment on America's The Meredith Vieira Show.

The four female panellists and Bass were discussing actress Ashley Judd's recent revelation she was sexually harassed by an unnamed Hollywood movie mogul at the beginning of her career, and Bass commented men can also be the target of sick predators.

He said, "It's a two-way street. It had happened to me when I was 16 or 17 years old. When we ('N Sync) started, there was someone that we worked with that was inappropriately touching us. I wasn't even aware then, at 16, that this guy was a paedophile and he was touching me. Oddly, I didn't feel victimised at the time because I was very aware of it."

After the news spread, Bass decided to clarify his comments on his Sirius XM radio show on Thursday (08Oct15), by insisting neither him nor any of his bandmates actually fell victim to the "paedophile's" reported advances.

"He would give you massages, like, 'If I massage your bicep like this, then it will look bigger,'" Bass explained. "Basically it was a reason to touch someone. And I'm sure the ladies out there know what I'm talking about. I'm sure a lot of creepy guys do that to you.

"No one from 'N SYNC was molested, that I know of. There was nothing more than inappropriate touching."

Bass still refuses to reveal the mystery man's name because he insists he didn't feel "violated" by him. But the singer admits he did have empathy for the troubled man. I was lucky enough as a kid to be smart and aware of the situation. In fact, I kind of felt sorry for the guy, because, at the time, I was 'in the closet' and this guy was probably 'in the closet' (too), so I always felt bad. This guy is a sad person."