By Steven Williams in Lifestyle / Showbiz on 10 March 2014

While acting as playboy, spy and writer, Ian Fleming in 'Fleming: The Man Who Would Be Bond', Dominic Cooper had to film a series of sex scenes and revealed he liked to film them "butt naked".

'Captain America: The First Avenger' actor Dominic Cooper has revealed that he prefers to film sex scenes "butt naked", rather than wear a "sad nappy". The actor revealed that while filming he has been asked to wear a variety of embarrassing undergarments in order to protect his modesty, but prefers to go 'au naturel' and throw modesty to the wind while filming love scenes.

Cooper answered the question as to what there is to be embarrassed about in a sex scene, by revealing to 'BANG Showbiz' that: "Well normally it's what they try and make you wear, which is anything from some sad nappy, to a towel with elastic bands round it in the shape of a penis - like that in any way is going to make you feel better. Actually, it's better to be butt naked and get on with it.'' 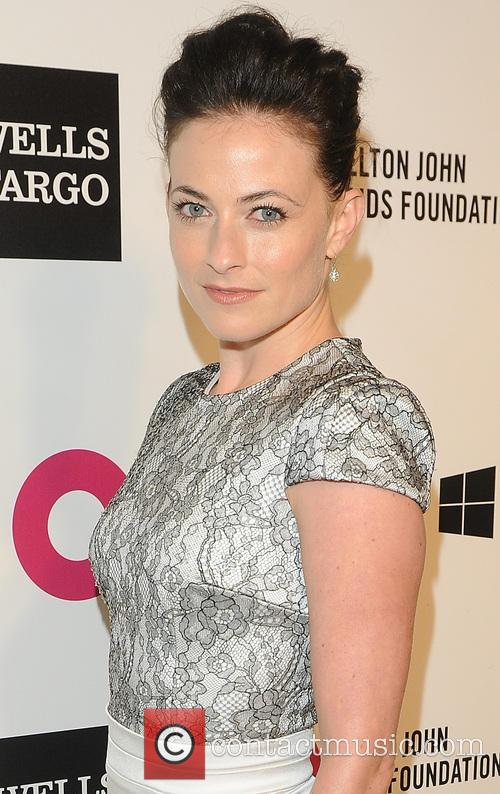 The mini-series premieres tonight on BBC America. Here's what the critics have to say.

Ian Fleming: The Man Who Would Become Bond, the four-part BBC America miniseries that premieres tonight, is already gaining traction with TV critics. Judging by the reviews, Fleming has everything fans love about the world’s favorite fictional spy and, to top that, it’s rooted in reality. Travel, luxury and adventure abound in Fleming. Dominic Cooper does a fine job as the real-life Bond, but it isn't to everyone's taste.

It's the story of Ian Fleming (Dominic Cooper) and Ann O'Neill (Lara Pulver), two equally charming and skilled members of the lower-level Brit aristocracy, set around the time of World War II. As the two come together and face the challenges of the time, Fleming continues to build his catalog of spy stories, which would later become the basis for Bond's adventures.

Continue reading: 'Ian Fleming: The Man Who Would Be Bond' Is (Mostly) A Hit With The Critics

All grown up: new series of Skins sees the main characters as working adults.

Skin's Effy Stonem is hardly the kind of girl you'd expect to be working in business but here she is in series seven working ambitiously as a trader for a London hedge fund. The seventh and final series of E4's long-running Skins drama, entitles Skins Redux, is about to air in the UK. However now, the drug-taking, promiscuous, hedonistic days of youth for Effy, Cassie and Cook are long gone as they wrestle with the practicalities of adult life, such as holding down a stable job, the loneliness of the big city, and the resurfacing of the past. Effy's Life Has Changed Incredibly Since Last Time We Saw Her.

The seventh series will be quite short - in just six parts - but will be divided into three stories following Cassie, Effy and Cook. Each part will be themed differently: 'Skins Pure', 'Skins Rise' and 'Skins Fire,' with a different character taking centre stage in each. The once reserved girl who went off the rails, Effy, brother to Tony Stonem (Nicholas Hoult), is followed through her job working for a hedge fund firm where she embarks on an affair with her boss; with things getting out of hand in typical Skins style, according to The Mirror. Cook (Jack O'Connell) is working as a drug dealer in Manchester but after he falls for a woman he really shouldn't, he is forced to confront his violent past.

Sherlock Star Lara Pulver To Be New Bond Girl, But Not THAT Kind Of Bond Girl

Lara Pulver, best known for her role in the Sherlock episode 'A Scandal in Belgravia' and as Claudine Crane in True Blood, has been cast as the next Bond girl, but wont be staring alongside Daniel Craig and co. in the follow-up to Skyfall.

Pulver will instead be staring alongside Dominic Cooper in the upcoming biopic about Bond creator Ian Fleming, taking on the role of the famed author's wife Ann, with whom Fleming (played by Cooper) was married to for 12 years until his death in 1964.

In an official statement to press, Pulver recognised her role as being one of the most famous Bond girls of all and seemed overwhelmed with her appointment in the role. She said, “I am thrilled to be playing Ann, a real-life high society siren worthy of Fleming’s finest fictional femme fatales." She added, “In extraordinary times Ann had the ear of politicians as powerful as Churchill and counted artists like Lucian Freud among her friends, yet was consumed by a torrid romance with the great Ian Fleming."

Continue reading: Sherlock Star Lara Pulver To Be New Bond Girl, But Not THAT Kind Of Bond Girl

Lara Pulver will shorty be gracing our screens in the role of a real life Bond girl. Sky Atlantic will be airing a series based on the life of the James Bond author Ian Fleming and Pulver will play his wife, Ann, who was formerly known as Viscountess Rothermere, after marrying the proprietor of the Daily Mail.

Ann was married to Fleming for 12 years, until his death in 1964 and The Telegraph reports that Lara is excited to be taking on the role of the distinguished author’s wife. “I am thrilled to be playing Ann, a real life high society siren worthy of Fleming's finest fictional femme fatales. In extraordinary times Ann had the ear of politicians as powerful as Churchill and counted artists like Lucian Freud among her friends, yet was consumed by a torrid romance with the great Ian Fleming - a twisted and passionate love that would last the rest of their lives.”

The four-part drama (with a working title of Fleming) will also star Dominic West (The Wire) in the role of Ian Fleming. Anna Chancellor will play the role of Lieutenant Monday in Naval Intelligence – the person that the character of Miss Moneypenny is thought to have been inspired by. It is due to be filmed in the United Kingdom, as well as Hungary and Budapest.