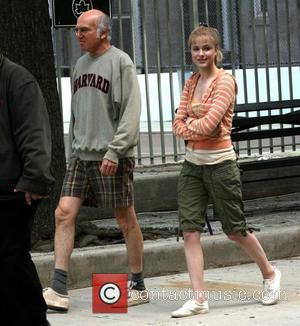 Grumpy CURB YOUR ENTHUSIASM star Larry David has landed a puzzling new role on breezy US kids show HANNAH MONTANA. The Seinfeld creator will play himself on the smash-hit show, which is fronted by ACHY BREAKY HEART singer Billy Ray Cyrus' teenage daughter MILEY. But there's method behind the madness - David's daughters are both huge fans of the show and they'll appear alongside the funnyman in the upcoming episode.