Tributes Fly In On Twitter For Late Larry Hagman 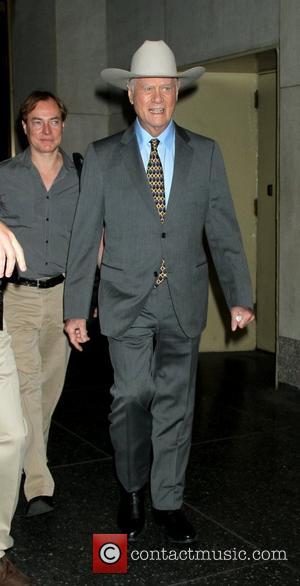 Tributes for the late Larry Hagman have been flying in on Twitter and various other websites, with the late Dallas star proving that his is a name that will live on long after he is gone given the reaction of the public and celebrities alike.

His role as JR Ewing, soapland's biggest villain, on Dallas endeared him to millions the man people loved to hate. Of course the real life Hagman was nothing like his treacherous character, as many of those sending out tribute to the late actor have made very clear indeed.

Linda Grey, who played Hagman's long suffering wife on Dallas, sent out a tribute to her former co-star on Twitter earlier today saying, "So sad to lose such a wonderful dear bigger than life friend. Larry Hagman was one of a kind and will be with us all forever." Grey was also by Hagman's bedside when he passed earlier today.

Simon Cowell also joined in with the tributes, saying that the late actor "will be missed," whilst Larry King left a slightly more personal tribute, saying: "I'm shocked. Larry Hagman was a dear man who had an incredible career. He helped me to stop smoking. He really was a very special person."

Of course, a fair share of people have left more light-hearted farewells to the man known to many as JR, with many Twitter users telling of how they've fallen for the news that JR is dead in the past. Rather than being disrespectful, if anything these comments are a clear indication of how large an impact Hagman made during his career, an impact that will remain long after he is gone.