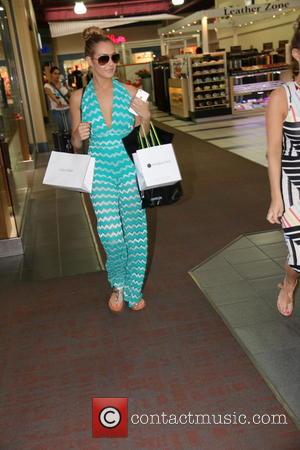 Picture: Chloe Goodman - Chloe Goodman has had a very busy week and tying to make the most out of everything Las Vegas has to offer....

On Sunday, bosses of Insomniac, the company which produces the Electric Daisy Carnival, confirmed reports of the death and issued a statement which reads, "We extend our deepest condolences to the family and friends of the man who passed away. The health and safety of our fans is Insomniac's first priority and we take every measure to create a safe environment.

"While the cause of this tragedy will take some time to determine, we ask that you keep his loved ones in your thoughts and prayers. Tonight and every night, we ask all of our fans to take care of themselves and one another."

Clark County coroner investigator Derek Dubasik says toxicology results might take up to two months to determine the cause of death.

A spokesperson for the Las Vegas Metropolitan Police Department tells the Las Vegas Review-Journal that six other festivalgoers were admitted to local hospitals Saturday night, and another 35 attendees were also taken into custody, most for narcotics offences.

This is not the first time tragedy has overshadowed the Electric Daisy Carnival - last year (14), three revellers passed away during the weekend event.