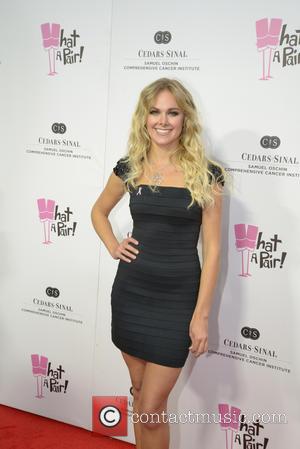 She actually originated the role of Elle Woods in Legally Blonde on Broadway, which earned her a 2007 Tony Award nomination. Oh, and she's also a country singer-songwriter and is currently on tour with Rascal Flatts.

According to the New York Post, the volatile Sheen fired Blair from Anger Management in June when he learned she was complaining about his work ethic.

At the time, Deadline.com's Nellie Andreeva wrote, "I hear Charlie Sheen "fired" her [Blair] via text, in which he called the actress a "c-t". And it was not the only abusive, expletives-filled text she had received from Sheen, who also serves as an executive producer on Anger Management. I also hear that Blair was not the only member of the show's cast and crew that was frustrated by Sheen's work habits as I hear they would often sit and wait for hours for him to show up for work."

The show premiered to huge numbers in 2012 though has cooled off dramatically in the last six months.

Can Laura Bell Bundy help get it back to where it began?

See all our pictures of Laura Bell Bundy.