Laura Jane Grace Against Me!

They have a short upcoming tour and an album on the way.

If you love Laura Jane Grace in Against Me! then you'll sure as hell love her in her latest project The Devouring Mothers. Not only have they got a new album on the way, but they're also set to embark on a seven-date Midwest tour this Fall. So you'll definitely know them by the end of the year. She's been working on this side project since 2016, but she's just announced that their debut album is now well on the way. Plus, they'll be touring across Illinois, Indiana and Michigan this November

'I'm really excited to share this news and have been biting my tongue not sharing sooner', Laura told her Instagram followers. 'I recorded an album. It's a solo album, except that it's not cause my friends [Atom Willard] and [Marc Jacob Hudson] wrote and recorded the songs with me. Laura Jane Grace & The Devouring Mothers. So really. WE recorded an album.'

She adds that the album is set to be released in the Fall on Chicago label Bloodshot Records, and promises to reveal further details such as the title, tracklist and release date very soon. What we do know about the band is that Atom Willard is Against Me!'s drummer and Marc Jacob Hudson is a bassist who has previously worked as a recordist and mixer for Against Me!.

The album will be Laura's first since completing Against Me!'s seventh studio release 'Shape Shift with Me' which dropped in 2016.

Meanwhile, Against Me! are embarking on a short tour of Mexico City and South America in October. They also have a gig alongside The Bouncing Souls on Saturday (August 4th) in Asbury Park, New Jersey, and a spot at Sing Out Loud Festival in Florida on September 23rd. 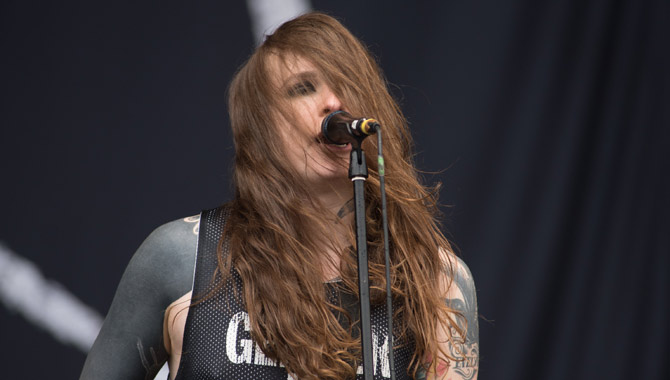 From Laura Jane Grace To Jayne County: 10 Most Inspiring Genderqueer And Trans Musicians