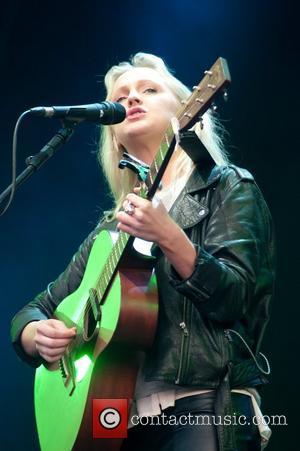 Acclaimed singer/songwriter Laura Marling gave up her dreams of becoming a top chef after serving an overcooked meal to Blur star Damon Albarn.

The star, who once dated Mumford & Sons frontman Marcus Mumford, trained as a butcher and reveals she became somewhat of an expert when it comes to cutting up lamb and cooking it - or so she thought.

Her hopes of becoming an in-demand meat chef took a hit when Albarn sent back a meal she had prepared as a cook in an unnamed London restaurant.

Marling tells Rolling Stone magazine, "That was my last night at the restaurant. I went out with much glory."

Laura Marling - What He Wrote (Live From Union Chapel) Video