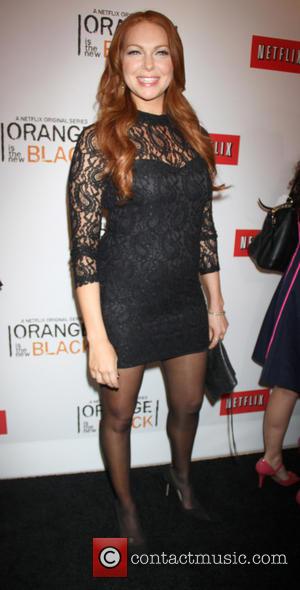 Orange Is The New Black star Laura Prepon is convinced Tv executives need to step up and show more gay relationships on the small screen.

The former That '70s Show actress plays lesbian drug-dealer Alex Vause, the former lover of main character Piper Chapman, in the comedy drama series and she hopes the show will pave the way for the portrayal of more same-sex relationships.

However, Prepon, who is heterosexual, admits her romantic scenes with co-star Taylor Schilling were a little daunting at first.

"For me, I've never played a lesbian before and I think it's awesome. As a learning experience playing this love for someone on camera and having it be a women was very interesting because I'm straight and I've only done it with men on camera... There is a big gay and lesbian community out there and it's good to have more relationships on television that they can relate to and I'm glad we could be a part of that."