After flirting with a number of outfits, from Laura and the Tears to Hey Laura, 2015 sees the arrival of Laura Welsh proper with her debut album 'Soft Control'. Awash with smooth, soulful vocals float-ing over slick electro-pop production, it's easy to draw comparisons between Laura Welsh and her contemporaries, most notably Jessie Ware. Yet while similarities exist, the quality of songwriting on 'Soft Control' renders such a comparison more of a compliment than a criticism. 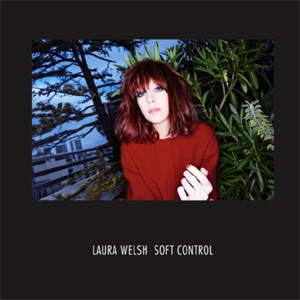 If 'Soft Control' is a mission statement then it's a strong one. Welsh might have operated under a number of guises prior to the release of her solo debut, but from the first swelling chorus of album opener 'Soft Control', it's abundantly clear that Welsh has now found a strong and clear identity. What's most impressive across the album as a whole is the consummate control Welsh exercises over her vocal, easily morphing from mournful and brooding tones into delicate falsetto.

On latest single 'Ghosts', pared back verse gives way to commanding chorus with Welsh's vocal exercising total control as she cries, "I need you to help me through / I can't lay these ghosts to rest".  It's a formula which reoccurs across the album, slowly building verses punctuated by impassioned, impacting choruses. It's a trick that provides some of the album's best moments. The dark and tense 'Break The Fall' is a masterful display of just how well it can work as Welsh seethes, "I want to love you but I'm just too cynical" over a sinister marriage of dark synths and trembling strings. Likewise, 'Cold Front' proved the best example of how the technique allows Welsh to showcase her vocal ability, switching in an effortless instant from an edgy uncertainty into a flourishing falsetto.

Yet while the dichotomy of restrained verse and forceful chorus works, you do get the feeling that it's a move employed more than once too often on the album. The problem is that, while it works so well on some of the album's best tracks, when it is used less effectively on 'God Keeps' and 'Un-ravel' the result is comparatively flat. Since the first six songs on the album follow this formula fairly certainly, it's hard to avoid the impression that it's all a little single-paced at times.

Breaking away from this repetition, Welsh's collaboration with John Legend is as close as the album gets to a ballad. It's passable, but not particularly memorable. On the other end of the scale, album highlight 'Still Life' takes the R&B undertones which permeate the record and pushes them to the fore. It's the album's most thrilling and refreshing moment, demonstrating that Welsh can confident-ly change things up, and makes you wonder whether she's really a sensual and seductive R&B star in waiting, masquerading as an introspective singer songwriter. Had Welsh demonstrated more of the versatility that 'Still Life' displays across the record, she might have transformed what is an ac-complished debut into something really special.

Laura Welsh - Breathe Me In Video