British Pop Star-turned-tv Host Lauren Laverne Has Recalled Her Husband's Close Call In The London Bombings On The 10th Anniversary Of The 7/7 Atrocities. 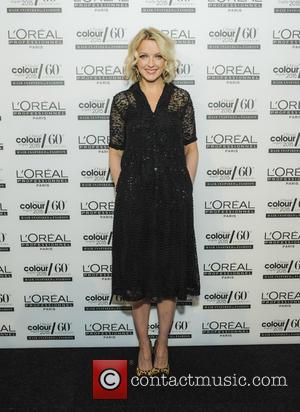 The former Kenickie frontwoman has revealed her then fiance, TV producer/DJ Graeme Fisher, was on a London Underground train on 7th July, 2005 when suicide bombers wreaked havoc across the British capital, and he narrowly escaped the explosion that killed 26 commuters on a Piccadilly Line train.

She goes on to reveal he got off the Tube and walked towards Tavistock Square where he came close to being caught up in another blast which ripped apart a bus packed with passengers.

In a series of posts on her Twitter.com page on Tuesday (07Jul15), the 10th anniversary of the attacks, she recalls, "Ten years ago my fiance was on his way to work when the seven seven bombings happened. He was on the Piccadilly line, the train stopped at... Caledonian Road, he started walking towards Kings X and heard the bomb on the bus. We are married now, with two sons and I often think of... those who were not so lucky that morning. Today of course (we) will be thinking of them more than ever, and their loved ones."

The couple married less than a month after the attacks, which killed 52 in total.

The anniversary of 7/7 was remembered with a series of events across London on Tuesday, and other stars to mark the poignant day included The Hunger Games actor Sam Claflin, who tweeted, "London was forced to prove its greatness on this day 10 years ago. Forced to prove we are stronger. That we will prevail. Seven seven RIP..."

Rapper Tinchy Stryder adds, "Can't believe it's been 10 years since 7/7. Prayers for those affected today..." and funnyman Matt Lucas writes, "So sad to think of the lives lost or changed forever on 7/7 but there are humbling tales of bravery too. We remember and honour you all."