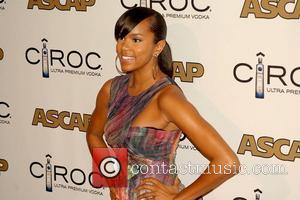 Lil Wayne's ex-girlfriend Lauren London has dismissed reports she's pregnant with The-Dream's child.
The model/actress, who has a two-year-old son named Lennox with Wayne, was rumoured to have enjoyed a fling with producer/singer The-Dream and fallen pregnant with his baby.
But she has shot down the claims, insisting there's nothing romantic about her relationship with the ex-husband of singer Christina Milian.
Taking to her Twitter.com blog, London writes, "Morning Rumors. Blah blah blah. No I'm not pregnant or Nor (sic) do I even know the Dream like that. Now back to real life. God Bless."
The-Dream is already a dad to 18-month-old daughter Violet, his only child with Milian, while he also has three kids from his previous marriage to Nivea, who subsequently went on to have a son with Wayne.