R&b Star Lauryn Hill Has Cancelled A Gig In London On Wednesday (15jul15) After Officials Banned Her From Entering The U.k. 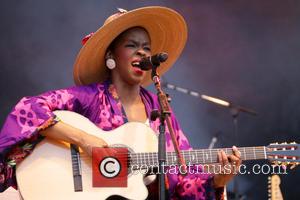 The former Fugees singer took to Facebook.com to inform fans that a "past legal situation" means she cannot play the acoustic concert, which was announced late last month (Jun15).

In the social media post, Hill writes, "Hello All, I've been informed that I won't be able to enter the UK for a period of time due to my past legal situation. For this reason I have to cancel my concert on July 15th.

"Know that I was looking forward to performing in London this summer, and that I appreciate all of my fans and supporters both in London, and throughout the UK. I look forward to seeing you again as soon as I'm able to. Love and Respect, MLH"

The singer did not specify what legal problems were causing the difficulty, although she was imprisoned for three months in 2013 for tax evasion.

Hill played a series of heavily-criticised gigs in Britain last year (14) after taking to the stage late and toying with her classic hits to render them barely recognisable.