Laverne Cox confessed she is ''grateful'' she was able to undergo gender reassignment surgery ''in private'', unlike Caitlyn Jenner, who made her debut as a woman on the cover of Vanity Fair last week. 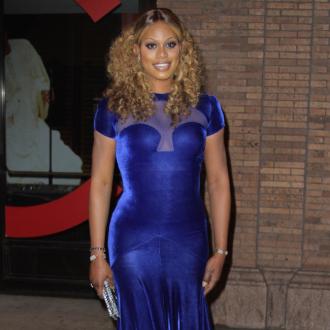 Laverne Cox is ''grateful'' she was able to undergo gender reassignment surgery in ''private'' unlike Caitlyn Jenner.

The 'Orange Is The New Black' actress has been very vocal in supporting the 65-year-old star - who was previously known as Bruce Jenner - but doesn't envy the attention her transition has received.

She said: ''When you transition in the public eye, the transition becomes the story.

''I'm always disturbed when I see conversations about trans people that focus on surgery.

''This is why I'm so grateful that I had the luxury of transitioning in private.''

However, the 31-year-old actress believes Caitlyn's decision to undergo her gender transition under the scrutiny of the public eye is a huge step forward for the LGBT community.

She told Entertainment Weekly: ''I believe Caitlyn will transcend this moment.''

The raven-haired beauty previously praised the ''love and support'' the former Olympian had received following her decision to make her debut as Caitlyn on the cover of Vanity Fair on June 1.

Laverne wrote on Tumblr: ''I am so moved by all the love and support Caitlyn is receiving. It feels like a new day, indeed, when a trans person can present her authentic self to the world for the first time and be celebrated for it so universally.

''Yes, Caitlyn looks amazing and is beautiful, but what I think is most beautiful about her is her heart and soul, the ways she has allowed the world into her vulnerabilities.''