Laverne Cox refuses to have surgery to ''feminise'' her face. 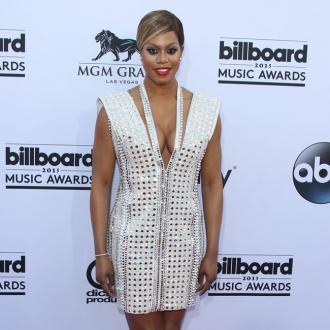 Laverne Cox refuses to have surgery to ''feminise'' her face.

The 31-year-old actress was desperate to undergo ''invasive'' surgery to make her face look more womanly during her gender transition, but said although she can now she can afford to have the treatment, she has learnt to accept her imperfections.

She explained: ''I have been picking myself apart my whole life.

''I have never talked about the medical details of my transition, and a lot of people assume I've had all this surgery. Years ago, I wanted really highly invasive surgical procedures to feminise my face. All these years later, I have the money to do it, but I don't it. I don't want it! I'm happy that this is the face that God gave me, and it's imperfect.''

However, the 'Orange is the New Black' star confessed a comment on her Instagram account in which a person encouraged her to have a nose job made her reconsider her thoughts, but quickly realised it was a silly thing to do, with her fans coming to her defense.

She said: ''My fans were like, that's the nose African Americans have, and what's wrong with that? My fans had my back. In those moments I have to look in the mirror and say, this is my black nose, and it's gorgeous.''

Speaking about gender transitions, the Emmy Award winner added she has been ''so moved'' by the positive reaction to Caitlyn Jenner in recent weeks, who was formerly known as Bruce Jenner before undergoing gender reassignment surgery.

She told The Guardian newspaper: ''I am so moved by all the love and support Caitlyn is receiving.

''It feels like a new day, indeed, when a trans person can present her authentic self to the world for the first time and be celebrated for it so universally.''