After spearheading a new generation's take on punk and penning the default floorfiller ('Daft Punk.') and, arguably, the single best track ('All My Friends') of the last ten years, the news that LCD Soundsystem's forthcoming third album is set to be James Murphy's last marks the end of a remarkable period in dance music. From the synth-pop implosions of 'Movement' and 'Yeah' - tonight both catalysts for near-riot - to the tear-jerking likes of 'Someone Great', the notion of anything less than downright astounding is one with which Murphy evidently struggles, and one that marks him out as one of the genre's most vital figures. 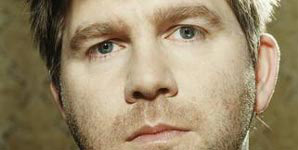 That's not to say LCD's best output rests in its earlier efforts, quite the opposite; album number three 'This Is Happening' is both as funky and beautiful as anything in Murphy's back-catalogue, with 'All I Want' channeling Low-era Bowie and 'You Wanted A Hit' amongst the band's best lyrical offerings. Despite this, just four of tonight's fifteen-song set are new, on the promise that the band return at the end of the year 'with more new ones'. What we do get is a slick double-header of slow-building, propulsive kraut-funk in 'Us Vs Them' and 'Get Innocuous', shimmering Moroder-electro in 'I Can Change' and a hands-aloft encore that includes first single 'Losing My Edge' and an explosive - and Alicia Keys-sampling - 'New York, I Love You But You're Bringing Me Down'.

LCD's set builds itself on the motorik likes of Can and Neu!, propelling itself at a pace that, at times, sees just two songs cover almost twenty minutes. It's Murphy's organic approach to songwriting - the way in which the merest arpeggio or hi-hat inflection can ramp up a song's momentum - that makes tonight's set so thrilling. During 'Yeah' - the 'Crass' album version - Nancy Whang's subtly shifting synthlines take the Academy's punters through layer-upon-layer of techno euphoria, while 'Tribulations' finds itself mangled and moulded beyond recognition into a GaGa-esque Europop throbber.

Come the tail-end of this year, LCD Soundsystem face the hefty task of setlisting their apparently final shows. On tonight's evidence - and even with the absence of almost an album's worth of new material, and numerous choice cuts from LPs 1 and 2 - they're something well worth getting excited about.