Review of Sound Of Silver Album by LCD Soundsystem 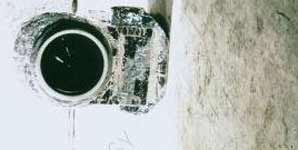 Right then guys and gals. You're in for a treat. Here I have an album that is set to please indie heads and dance-floors alike. 'Sound Of Silver' is James 'LCD Soundsystem' Murphy's follow-up to the massively successful self-titled debut. And, well, it is, in no uncertain terms, a joyous success.

Now those of you who enjoyed the first album will be happy, Murphy's stuck to his guns, and is continuing to re-write the electro-indie-disco-funk book of ethics. Opening coyly with the infectious 'Get Innocuous!' its clear from the offset that Mr. Murphy has honed his production skills and is building his own brand post modern disco tricks into something deeper than before. I'm hooked, even before the heavily effected, tripped out vocals come to fruition. This track alone is a tip of the cap to more than a handful of legendary artists including Donna Summer and Brian Eno. It's almost as if Murphy is playing vicar at the altar of sound. 'Time to Get Away' is more of what you might expect, with the vocals being the focal point rather than another layer in his musical tapestry, Onto 'North American Scum' which sound like Talking Heads David Byrne on the political frontline armed with an artillery provided by Casio. This is, perhaps, the most surprising of the tracks on this record, bringing a political conscience into a previously shallow music scene. Murphy has abandoned his ad-lib approach to vocals, and that is really what makes this album, lyrics with meaning and as a result, feeling. From here on in the album starts to get more and more interesting. 'Someone Great' is something of a modern lullaby, if you can imagine it, subtly building into a beautiful ballade of sorts that washes through you and leaves a high watermark. 'Us Vs. Them' is a return to the party, initially sounding like a !!! (chkchkchk) tune, with funk licks, looped bass and great use of the cowbell. The album ends on the beautifully sombre 'New York, I Love You But You're Dragging Me Down', which is a step aside from the electronic oriented sound we know and could easily have been a Velvet Underground b-side, wonderful.

Okay, to summarise.Have you ever made a jigsaw out of pieces from different puzzles and ended up with a masterpiece? Well James Murphy has, creating an album that is exactly that, an album, from a genre of dance-floor anthems. Murphy really has grown up, and is here to show us how, and even why.