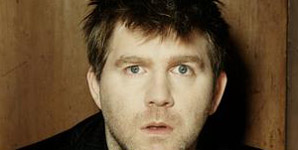 LCD Soundsystem return with a new single 'Someone Great' on October 22nd 2007 on DFA/EMI Records taken from the massively acclaimed and already touted by many as an album of the year 'Sound Of Silver' . With its emotive refrain and rhythmic precision 'Someone Great' was recognized critically as an album standout and has become a key part of their live set. Its release is backed by a spectacular array of new and exclusive mixes of other S.O.S standouts in the form Soulwax (Ã¢Â€Â˜Get InnocuousÃ¢Â€Â™), Carl Craig (Ã¢Â€Â˜Sound of SilverÃ¢Â€Â™), Sorcerer (Ã¢Â€Â˜Us v ThemÃ¢Â€Â™) and Gucci Sound System (Ã¢Â€Â˜Time to Get AwayÃ¢Â€Â™). Award winning Artist/filmmaker Doug Aitken is currently shooting an experimental short film for Ã¢Â€Â˜Someone Great.Ã¢Â€Â™ Doug Aitken's work has been exhibited extensively at museums and festivals throughout Europe and the U.S. His most recent work, Ã¢Â€Â˜Sleepwalkers,Ã¢Â€Â™ was commissioned by MoMA.

The band have recently completed an extensive European festival tour with notable performances at 02 Wireless (as main support to Daft Punk), T-In The Park, Creamfields, Reading/Leeds, Electric Picnic & Connect (as main support to Bjork). LCD are currently preparing for their forthcoming and highly anticipated US tour with The Arcade Fire this Autumn, before returning to the UK for a series of headline dates in October. Dates as follows: