Actress Lea Delaria Has Shed 50 Pounds (22.7 Kilograms) In Weight In Seven Months After She Was Diagnosed With Diabetes. 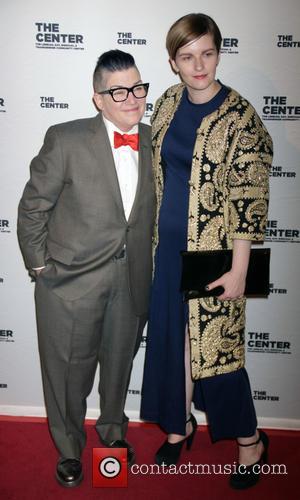 The Orange Is The New Black star, 56, reveals she felt sluggish as she shot season two of the hit female prison drama series last year (14), and it was only after she visited a doctor that she learned the cause of her problem.

She says, "I went through a year of going, 'Why do I feel so bad?'... I've always been really energetic, but for a year I was feeling really weird, I didn't know what was going on. Once we did the blood test and we understood what was going on, it was great.

"And now I've got my energy back. I feel like me and everything is great."

DeLaria reveals she had to reduce carbohydrates and sugar in her diet to help control the type two diabetes, and the lifestyle change, in addition to her medication, has helped her slim down dramatically.

She adds to People.com, "I lost 50 pounds since September. I lost 25 pounds since the SAG Awards (in January) - it's crazy!"

However, the actress admits her weightloss journey hasn't been fun as the diabetes medication frequently makes her feel sick.

She continues, "One: I have no appetite. Two: When I finally do get an appetite, I take two bites of it. Three: Anything I eat comes right out again because of the medication.