The 27 year-old star is reportedly getting close to a former male escort, who worked for the popular site Cowboys4Angels. 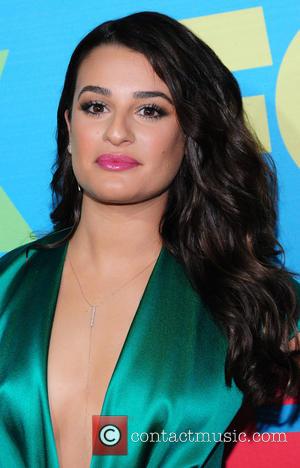 Lea Michele is slowly trying to move on from the tragic death of her boyfriend, and 'Glee' co-star, Corey Monteith that occurred last July (2013).

The singer/actress is reportedly back on the dating scene, and her new romance is with someone who has a questionable past.

Michele is allegedly getting very close with a man named Matthew Paetz, who she met on the set of her music video for 'On My Way.'

"She had just come from Coachella where she was missing Cory incredibly," a source told Us Weekly. "[The video shoot] was a big party and a really therapeutic moment for her."

So who is this guy?

Well according to Paetz' Twitter page, he is a Dating and Lifestyle Coach, but TMZ reports that his past also involves working as a male escort for the popular site Cowboys4Angels under the name Christian.

This is the first time Michele has been romantically linked with someone since Monteith was found dead at noon on Saturday 13th July 2013, when he was staying at the Fairmont Pacific Rim Hotel in Vancouver. The corner lists the 31 year-old's official cause of death as "mixed drug toxicity, involving intravenous heroin use combined with the ingestion of alcohol."

MORE: Lea Michele Wet Herself Before Performing For Obama, And Nicked Some Presidential Loo Roll

They began dating in 2012, and the 27 year-old star most recently paid tribute to him last month by tweeting a black and white photograph of herself and Monteith laughing together, to celebrate what would have been his 32nd birthday.

Michele also remembered the Canadian actor in a heartfelt interview she gave in April's addition of Seventeen magazine.

MORE: Lea Michele Was Once Instructed To Get A Nose Job, Find Out Her Response

"Cory made me feel like a Queen every day. From the minute he said, 'I'm your boyfriend,' I loved every day, and I thank him for being the best boyfriend and making me feel so beautiful," she said, later adding, "I only have happy memories of Cory. He was not his addiction--unfortunately, it won. But that wasn't who he was." Michele is reportedly dating a gigolo