'Glee' star Lea Michele has announced her debut album 'Louder' will be released in March 2014. The actress-and-singer has unveiled her debut single, 'Cannonball', written by Sia. 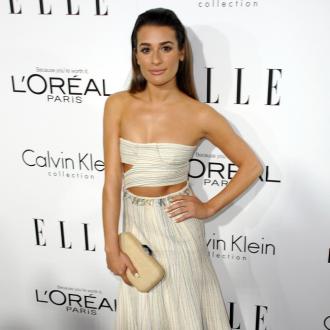 Lea Michele will release her debut album in March 2014.

The 'Glee' actress-and-singer has announced her first collection, 'Louder', will be in stores in the UK on March 3 and in the US on March 4.

Lea, who mourned the tragic loss of her boyfriend and co-star Cory Monteith in July, says her album will be full of ''emotion''.

In a statement, she explained: '''Louder' really encompasses my experiences over this past year and my journey as an artist up to this point.

''There's a lot of emotion but it's also very encouraging and hopeful -- it's about pushing forward and living your life in a way that's louder, stronger and bolder. I'm so excited to share this new side of me with my fans.''

The 27-year-old starlet has also unveiled her first single, a midtempo song called 'Cannonball', which was written by Sia.

The song debuted in full on Tuesday (10.12.13) and is already available to download in the US. A UK release will follow on February 23.

Sia - who has penned hits including 'Diamonds' for Rihanna and featured on smash hit David Guetta track 'Titanium' - has also written another song for 'Louder', titled 'Battlefield'.

Lea previously revealed she will include a dedication to her late boyfriend, Cory, on the album, called 'You're Mine'.