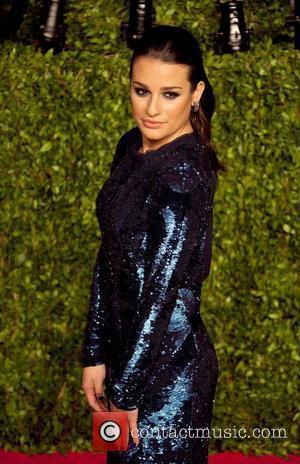 Lea Michele was involved in a car crash in Los Angeles on Friday (25th March 2011).
Lea Michele, the American actress and star of 'Glee', escaped unhurt after she was involved in car crash with some intoxicated girls, reports US Weekly Magazine.The 24-year-old was making her way home from the set of the hit Fox show when she was hit at around 2am. According to her representative, she notified the police immediately and was "not injured" in the accident. A source close to Michele said "a couple of drunk girls hit her, got out of the car, giggled that she was famous, said something like 'are you drunk, too?' Then they drove off". Back in 2009, Michele spoke to the New York Magazine about getting into an accident on the way to her 'Glee' audition, saying, "I'm a pretty good driver. But there was construction and confusion. I hear you have to crash your car once in California before you can be initiated as a true L.A. resident. So for me, I don't consider it a problem. I consider it, 'Okay, good! Got that out of the way. Now I live here".
Lea Michele is currently filming the star-studded romantic comedy 'New Year's Eve'. The film, which is set to hit cinemas in December 2011, also features Sarah Jesscia Parker, Robert De Niro and ASHTON KUTCHER.