The 'Glee' actress is not pregnant, despite what tweets sent from her account may have claimed. 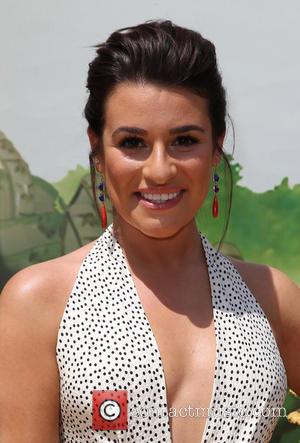 Lea Michele is not pregnant, despite what a Twitter "announcement" this morning seemed to suggest. The singer and actress was the victim of a prank tweet after her account was hacked and an anonymous user pretended to be Michele announcing her pregnancy.

The actress' reps have confirmed that the tweet was a hoax written by a hacker. In a now-deleted message, the hacker wrote in a post that went live at 11:20am: "Before this gets out to the media, I would like to announce to my fans that I am pregnant #BabyBoy."

Though the message was blatantly a little off, plenty of Lea's fans were fooled into thinking it was the Glee star herself making an announcement. The hacking coincides with a similar strike on Michele's co-star Chris Colfer's account where someone wrote that he was leaving the hit musical show.

Colfer's Twitter briefly displayed a message claiming that he was being "let go" from the show due to "personal issues" before the tweet was deleted and he confirmed that he had been hacked.

More: Lea Michele and Matthew Paetz have an "open relationship."

It's unclear whether the two instances are related or even if a single person is deliberately targeting Glee cast members but fans show be warned to take any "big announcement" tweets with a pinch of salt from now on until they can be verified.

One of Lea's recent announcements that isn't a hoax is the news that she is dating a new man, Matthew Paetz. Her first public relationship since the death of her boyfriend and co-star Cory Monteith nearly a year ago, Lea's new squeeze is said to be "a very nice guy" who is "a lot of fun" to be around.