Ricky Martin has started shooting a cameo for 'Glee' and is proving to be a big hit amongst the cast, Lea Michele has revealed. 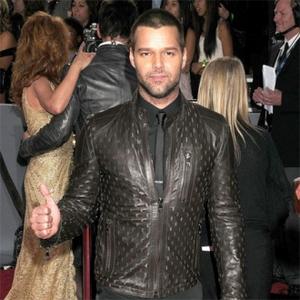 Lea Michele has revealed Ricky Martin is shooting a cameo in 'Glee' and has been a lot of "fun".

The actress - who plays Rachel Berry - has returned to work after the holidays along with the rest of her castmates to start filming the next episodes of the musical TV drama and they have been joined by the 'Livin' la Vida Loca' singer.

The 40-year-old pop star is shooting a cameo in the series, and so far he has proved very popular with Lea and the other 'Glee' regulars.

She wrote in a series of posts on twitter: "Back at work! Starting our next episode with my old friend Ricky Martin!

"Having so much fun on set with Ricky! He's seriously the sweetest and such a great fit for our show!"

Lea, 25, also revealed she first worked with Ricky in a stage production of 'Les Miserables' 16 years ago.

'Glee' is renowned for attracting big name stars onto the show, including Gwyneth Paltrow - who played substitute teacher Holly Holliday in multiple episodes - and Britney Spears, who appeared as herself.