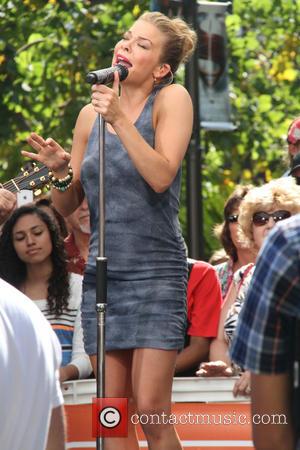 The How Do I Live hitmaker broke the news of her latest Tv role on Wednesday (05Jun13) as she made her way to the set to film promos, tweeting, "Going now to shoot promos for my (guest) spot on Anger Management... Charlie was supposed to be there but he's a little busy today! Drama queen j/k (just kidding)."

Later, Rimes revealed she will play the actor's "love interest" and added, "I've never walked onto a nicer set of people (than) Anger Management... Looking forward to shooting next month!"

Rimes isn't the first big star to romance Sheen's character in the comedy - Lindsay Lohan got into bed with him when she made a guest appearance as herself earlier this year (13).