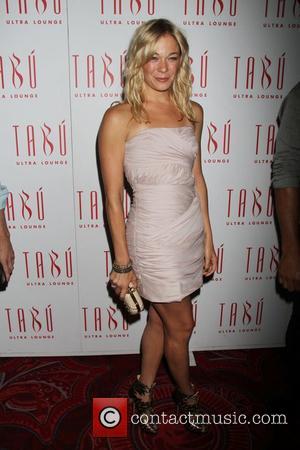 Leann Rimes insists she's not following in Alicia Keys and Natalie Portman's footsteps and doubling up an engagement announcement with baby news.
Rimes went public with her marriage plans on Monday (27Dec10) but has taken to Twitter.com to dismiss reports she's expecting fiance Eddie Cibrian's baby.
She writes, "This is such BS!!!! Lol (laugh out loud), you people all report BS."
To hammer home the point, the country star insists she plans to live it up and party when she visits Cabo San Lucas in Mexico for the New Year.
She wrote, "Sun, bikinis, friends, food, tequila...celebration!!!! Gonna be the best trip!!"
Both Portman and Keys announced engagements and pregnancies at the same time during 2010.