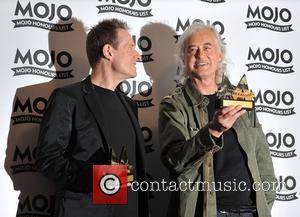 Led Zeppelin's Stairway To Heaven has been named the greatest rock ballad of all time in a new RollingStone.com online poll.
The 1971 classic beat out songs by the Beatles and Rolling Stones to land atop the new list.
In naming the track their number one, publication editors write, "If the entire genre of Classic Rock had to be reduced to one song it would probably be Stairway To Heaven. It's been played a squajillion times on the radio since it came out in 1971, and it doesn't show any signs of going away."
The top five is:
1. Stairway to Heaven by Led Zeppelin
2. Something by the Beatles
3. Wild Horses by Rolling Stones
4. November Rain by Guns N' Roses
5. Let it Be by the Beatles.