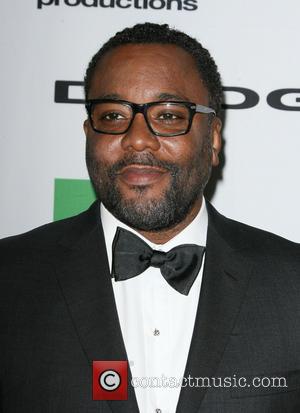 Filmmaker Lee Daniels shunned plans to make his new hip-hop drama Empire for the big screen because he has grown tired of scrambling for funding for his movie projects.

The Precious director co-created Empire with his writing partner Danny Strong, basing it on the 1966 James Goldman play The Lion in Winter, and he admits choosing to turn the idea into a Tv series was all about the money, because he wanted the guarantee of a cash injection from U.S. network bosses.

Daniels chose to team up with executives at Fox to air the show so his relatives didn't need to shell out for cable Tv service, and although he is having to get to grips with the restrictions imposed on dramas for primetime Tv, he insists it's actually helping him find new ways to get his story across.

He says, "It was important for me to go into network television, because I had the option of doing cable or network, and I decided primetime because I wanted my family to watch it and you know, a lot of my family can't afford cable, so it was really important for them to see my story, our story, on primetime.

"And it helps me creatively (having things you can't do for network Tv), because on cable you can say whatever, and how do you tell a story about hip-hop without using some of those (curse) words, you know what I mean...? The poetry is the language and the language is the music and the music is the magic, so what I do, is we work the actors to do the work with nuance, glances, and those nuances say those words (without saying them out loud)... It's all in the acting."

Empire, which stars Terrence Howard as an embattled hip-hop mogul, has featured acting turns from Naomi Campbell, Courtney Love and Mary J. Blige and it has proved to be such a hit, it has already been picked up for a second series - and now other stars are lobbying Daniels for guest appearances.