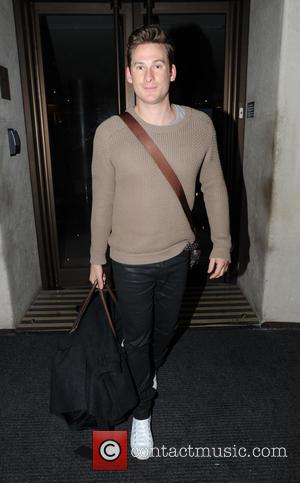 The 29 year old reveals in a new interview with U.K. newspaper the Daily Mirror that he has long struggled with booze problems, and was urged to seek professional help by his Blue bandmate Duncan James.

Ryan says, "I went into rehab not that long ago but didn't do it publicly. I didn't want sympathy, and I didn't need anyone to know. I actually loved it. I met loads of interesting people going through the same kind of s**t, and I learnt so much. It definitely helped. It's also given me more inspiration to write songs. Being a songwriter, you put your experiences into all that. At the end of the year we'll be back in the studio recording new stuff, and there's things I want to talk about and things I want people to hear."

The band split in 2005, but reunited to represent the U.K. in the Eurovision Song Contest in 2011 - and Ryan admits the pressures of fame, as well as the breakdown of a longterm relationship, prompted him to turn to booze to cope.

Recalling his experiences, he adds, "I was really, really bad on drink. I was a hardened drinker. I remember once picking up a bottle of Jack Daniel's and downing it in one. I wasn't all right... they should have chucked me into rehab back in the day. I was depressed and emotionally battered from my relationship. I turned to drink to numb the pain. I thought it was the answer. Basically I was drinking to cope with the sadness.

"I'd go on binges and stay up for days, just drinking. On one occasion I went from bar to bar, on my own, getting hammered. I burst out crying to someone in the street, a random stranger who asked if I was Ok... Then one morning, I woke up having been out all night, and Duncan caught me going through his cupboards, looking for more drink. He just looked at me, turned round and said, 'Right, you're going to rehab'."

Blue stepped out of the limelight after coming 11th in the annual singing contest, but are currently attempting another comeback following their appearance on U.K. reality show The Big Reunion.