There's been a lot of talk about the 'difficult 2nd album' recently. The curse that pushed the likes of The Enemy and Glasvegas back out of the revolving indie door, just as quickly as it chucked them in.

But, what about 'the difficult 2nd festival'?

The first time you go to a new festival, you have a good time - fact (unless it happens to be T4 on the Beach, argue amongst yourselves). It's not until you return to a festival, that you can truly gauge just how good it is. After calling LeeFest "the best small festival this country has to offer", I was slightly concerned ahead of my 2nd visit.

There was no need to worry. LeeFest delivered their "(What's The Story) Morning Glory?".

The car park is easily accessible, getting into the campsite takes no more than 5 minutes and once you are in, there is plenty of space. They even have nice toilets.

Anyway, now we have got our boring intro track out of the way, lets get stuck in to track 2. The Friday at LeeFest looked like everything you would expect from one of the most exciting, diverse and brave festivals around. Casiokids delivered the kind of set that they are now renowned for. Attracting a healthy crowd for a relatively early slot, some of the dancing during 'Fot I Hose' was worthy of a headline slot. 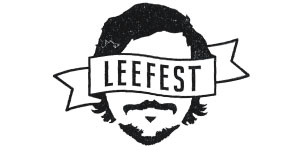 Summer Camp played the kind of early evening set that they should be employed to do in central London for the next 6 weeks. Dreamy, love fueled 80's pop delivered with such ease and elegance that could improve the mood of any Olympic commuter. Slow Club picked the tempo up slightly, and even if they didn't quite reach the heights of Summer Camp, it was a set that proved why we will be seeing a lot more of them in 2013, especially after the simply brilliant recent single 'Beginners'. The stage was then set for Jakwob to tear a giant hole in the innocent eyes and ears of the LeeFest faithful. Supported by an impressive light show, Jakwob - on drums - is one of the most talented musicians you are likely to find. Accompanied by his band, he ripped through his 90 minute set in front of possibly the biggest crowd of the weekend.

Saturday at LeeFest, and we are half way through our comeback album. It's make or break time. After being cheated out of table tennis tournament (still bitter), To Kill a King took to the stage and delivered a set that should see them make some serious steps up the music ladder in the coming months. 'Fictional State' is the pick of the songs, and builds softly into an absolute epic. Local favourites 'The Red Lapels' do their very best to entertain, and just about pass. Let's keep it as an album track.

Sound of Guns take things to a completely different level and deliver one of the best sets of the weekend. Ignoring a surprisingly small crowd, they blast through tracks off of their 2 studio albums including the sublime 'Architects'. The set is complete with huge rock songs, stage climbing, and the stealing of a cigarette from an unassuming member of the crowd. Surely one of this countries most underrated live bands.

When you get to the final track of an album, it often feels like a bit of a procession. They've spent weeks debating whether to include the track, before deciding it might make them an extra 99p on iTunes. Coldplay, for all their apparent flaws, know how to finish an album; 'Amsterdam', 'Everything's Not Lost' and 'Death and All His Friends' to name a few. LeeFest know how to end a festival - with one of the countries most consistent and brilliant bands.

Mystery Jets fire through a sixty-plus minute set combining songs off the brilliant new album 'Radlands', as well as old classics including 'Half in Love With Elizabeth', 'Serotonin' and the sensational 'Young Love'. Highlight of the set, and probably of the weekend, comes in the all too familiar form of 'Two Doors Down', quite simply one of the best songs of the last 10 years.

Festivals come and go, as do albums, but the truly great ones are timeless. This is why LeeFest will be around for a long time to come. What difficult 2nd year?

See you next year, Lee.