Few artists in the electronic cannon will release a record with the gravitas of 'Leftism', Leftfield's 1995 debut. Arriving in the confused but angry wake of Castlemorton and the man's crackdown on repetitive beats, Neil Barnes and Paul Daley assembled a collection which, along with their contemporaries The Chemical Brothers on Exit Planet Dust, galvanised crusties, goths and ravers and ushered in the era of dance music as a main stage headlining phenomenon. 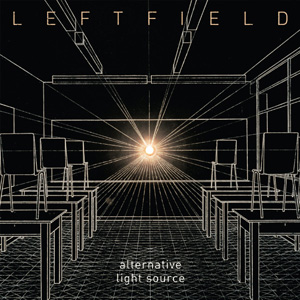 'Leftism' largely re-wrote the rules, shifted the spectrum of influence from Detroit to the Caribbean and foresaw the rise to popularity of dubstep, but is still most widely remembered for John Lydon's snark on 'Open Up', a song which remarkably sounded liked PiL on, well, pills. Its success wasn't, predictably, without casualties. The long creative shadow it cast smothered its successor, 'Rhythm and Stealth', and then ultimately the partnership itself, Daley leaving in 2002 to focus on a stop-start DJ and solo career. Barnes resurrected the moniker in 2010 but now forms Leftfield's focal point, clustering a host of performers around himself for live performances. Having spoken about his desire to deliver a third album publically for several years, 'Alternative Light Source' arrives two decades after the album which changed so much, from minds to bank balances.

It goes without saying that such a powerful legacy would crush many an artist's sense of perspective. Thankfully, Barnes is wise to majorly reinventing either himself or the Leftfield template, instead retaining some aspects he co-invented and have come to be merely part of a producer's furniture, such as relying on guest vocalists to add character and idiosyncracy to their work. Occasionally, this idea seems a little pointless, such as when he smothers the contribution of TV On The Radio's Tunde Abedimpe in effects on opener 'Bad Radio', but Sleaford Mods' Jason Williamson brings his provincial scat amiably to the bass blasts of 'Head And Shoulders' and Channy Leaneagh of Policia diva-wails impressively through the steepling techno of 'Biloaction'.

Leftfield is now a solo project of Neil Barnes.

It's been sixteen years but Leftfield are finally returning with a third album entitled 'Alternative Light Source' featuring a variety of collaborations. They have also unveiled a taster in the form of track two 'Universal Everything', available on all pre-orders. As a duo, Neil Barnes and Paul Daley, Leftfield were pioneers in the development of electronic music in the 90s; now solo with the help of a backing collective, Barnes is aiming to continue this impact with 'Alternative Light Source', set for release in the summer and featuring some stellar guests. Among them are Channy Leaneagh from Minnesota synthpop band Poliça, London soul artist Ofei, Tunde Adebimpe of Brooklyn's TV On The Radio and Nottingham post-punk duo Sleaford Mods. 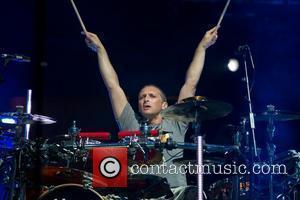