Having appeared in the first two films as Specs as well as writing them, Leigh Whannell has revealed that directing the third instalment was his plan all along.

With the third 'Insidious' movie, writer-actor Leigh Whannell makes the jump to directing. Which was his plan all along. "I always knew I wanted to direct a film," he says. "There was a period there where I thought, 'Well, I'll write 'Insidious 3', but I'll direct something that is original, not a sequel, not part of a franchise. I'll start from scratch. That way I'll feel like I'm doing what James did 10 years ago with 'Saw', busting out of the gates with a whole new product."

He's referring to James Wan, his close friend and colleague from film school in Melbourne, Australia, where he was born. Together, they decided to make a movie that would get their careers moving, so Wan directed and Whannell wrote and acted in 'Saw' (2004), which took off far beyond expectations. They played the same filmmaking roles for 'Insidious' and its first sequel (2010 and 2013).

But as Whannell was drafting the script for 'Insidious: Chapter 3' he became unwilling to let the characters go. "When I'm writing something, I get so into it and get so wrapped up in the world of the script, if I'm not handing it off to someone I really trust, like James, I get very possessive of it. So that was when I made the decision to direct it."

Then he realised that he had removed much of the pressure from his directorial debut, because he was working on a franchise that already had an audience. "All I had to do was not screw it up totally," he laughs. "But I also took it very seriously. I really tried to treat it like it was a standalone film." And as a prequel, this movie lets him start over with the characters.

"I really tried to do my own thing," he says. "It still feels like an 'Insidious' film, but it doesn't feel exactly like James'. I have my own style, and different tastes and different ideas. One of the things James said when he first sat down and watched a cut of the movie was, 'Wow, you really found your own version of Insidious.' I was really happy that he said that, and I think people who see it will probably agree. It's still in the same universe as the other films, but it has its own thing going on." 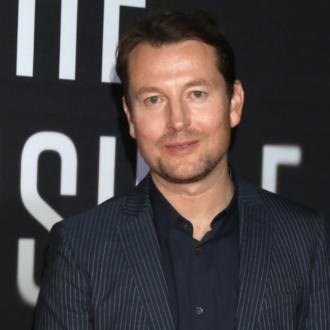