Jim Bennett is an English professor at a college and he's also always been one for taking risks. By day he is the sensible, bookish type but by night his life is a dangerous spiral of gambling huge amounts of money to dire consequences. As the gambler he is, he takes a chance in asking his bank to loan him a quarter of a million dollars in order for him to pay back a gangster so that he may stay alive, but when that fails he is forced to take on the services of a loan shark named Frank. Meanwhile, his relationship with his mother is getting tenser and tenser by the day as she wishes more than anything for her little boy to be safe. Also, it seems a student of his named Amy Phillips has discovered his secret life, but wants more than anything for him to take her out to dinner even if it will wreck his school reputation.

Things are finally quieting down for Bryan Mills (Liam Neeson). After the ex-special forces operative tracked down and returned his daughter (Maggie Grace), then his wife (Famke Janssen) following their captures, Mills is now settling into a normal life in Los Angeles. But when his wife is suddenly murdered by an unknown villain, Mills finds himself accused and ends up on the run from the LAPD. Inspector Franck Dotzler (Forest Whitaker) heads up the investigation against Mills and orders him to give himself up. But Mills is not going down until he looks for his wife’s murderer, finds them, and kills them.

It's official: Affleck's Dark Knight will take on Cavill's Man of Steel. Also, the One Direction movie premieres, The Mortal Instruments are released, and a trio of trailers promise tears, laughs and some spectacular Alaskan scenery...

This week's biggest story is that Ben Affleck will play Bruce Wayne (aka Batman) in the upcoming Man of Steel sequel, opposite Henry Cavill's Clark Kent (aka Superman). There's no word on the plot or the title of the new film, which is scheduled for release in the summer of 2015. Word has it that the two superheroes will be at odds with each other, setting up some big battles between them. Read all about the epic prospect here.

On Tuesday night, London hosted the world premiere of the new One Direction movie This Is Us, and the screams of pre-pubescent girls could be heard miles away from Leicester Square as the boy band, their manager Simon Cowell and a range of starry guests turned up to walk the red carpet. The film opens next week and you can look at photos from the event here.

Orser is playing with the word mourning, but can he portray it?

Leland Orser makes his directorial debut – and stars – in Morning, a film that focuses on the inner torment of two parents after their child dies. This is five days in the life of Alice (Jeanne Tripplehorn) and Mark (Orser) as they attempt to deal with death and forge love once more. Orser directs for the first time in Morning

Mark’s grief leads him to separation – he cannot stand to be around his wife any more. The opening scene in the trailer sees him sitting in an empty pool -presumably because of the accidental drowning death of their child - on his own. An elderly woman (his mother?) attempts to console him, or at least shelter him from the rain.

Ex CIA agent Bryan Mills mercilessly slaughtered the majority of perpetrators of a European sex trafficking ring in order to retrieve his teenage daughter after they kidnapped her and her friend whilst they were on a trip to Paris in 'Taken'. In 'Taken 2', the relatives of the deceased, headed by Murad the father of one of them, initiate a brutal plot of revenge against Mills as he, his daughter Kim and ex-wife Lenore are on vacation in Istanbul, Turkey. Mills must use his dangerous skills to protect his family once again, but can he defeat the likes of Murad who is determined to sell Kim and Lenore as prostitutes

By Christopher Null
Bad
Does anything inspire as much horror as the title card, "USA Network Presents"?

Brother's Keeper -- not the 1992 documentary about a hillbilly who murders his brother -- is a ridiculously stupid story about a detective who tries to protect her brother despite the fact that he's a serial killer. Standard thriller ensues. 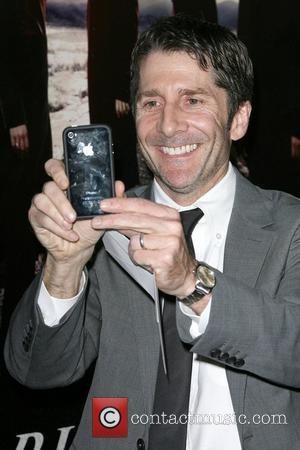