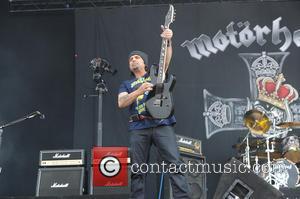 Heavy rocker Lemmy has no desire to have his band Motorhead inducted into the Rock and Roll Hall of Fame, after officials failed to take care of memorabilia he loaned to them for display.

Fans of the group have long campaigned for the Ace of Spades hitmakers to be recognised for their career achievements at the prestigious museum in Cleveland, Ohio, but the veteran singer admits he is unconcerned about the honour as he doesn't hold the accolade in high regard.

He tells the New York Times, "Well, I was not very impressed when I visited the place. I mean, they borrowed my Ace of Spades tour jacket and a pair of boots off me (sic) to have in a display, and I never got them back. They lost them.

"I don't have any resentment (about losing the souvenirs). I mean, it was just an employee (who misplaced them), obviously."

Musicians become eligible for nomination into the Rock and Roll Hall of Fame 25 years after their first release. Motorhead marked that milestone in 2002, but have yet to be named among the contenders for induction.