Christopher Abbott's character Charlie appeared to written in more prominently for season two of Girls, though he has left the show. 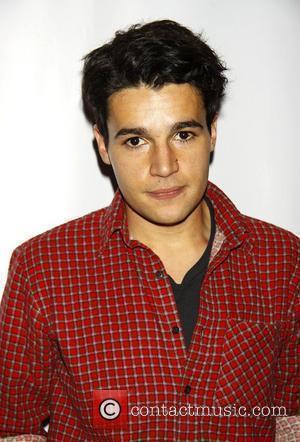 Just when things were hotting up between Christopher Abbott's character Charlie and Allison Williams' Marnie on HBO series Girls, the actor has abruptly left the series due to issues he was having with creator Lena Dunham. Abbott played Marnie's college sweetheart Charlie, a sort of weedy good-looking New Yorker who ends up becoming super-desirable after setting up his own social media company and renting a swanky office in Manhattan.

Anyway, his character was just beginning to gain a little prominence in the show - which follows the lives of various twenty-somethings in Brooklyn - when he had an almighty row with Dunham over the direction of season three. They've just started work on Season 3, and Chris is at odds with Lena," a source said. "He didn't like the direction things are going in, which seems a bit odd since the show put him on the map," said a source familiar with the discussions.

Abbott's representative offered little in the way of a full explanation for his sudden departure, though did say, "[Chris] is grateful for the experience of collaborating with Lena, Judd[Apatow], and the entire 'Girls' cast and crew, but right now he's working on numerous other projects and has decided not to return to the show." He recently appeared in the indie movie 'Burma' which debuted at SCSW last month and is set to star in drama 'The Sleepwalker' from director Mona Fastvold. The movie tells the story of a woman whose life is shattered over the course of a long weekend when her estranged sister Christine arrives unannounced in the middle of the night, with no memory of how she got there.

We already know that Lena Dunham has quietly shaken up the writing team for season three of Girls.