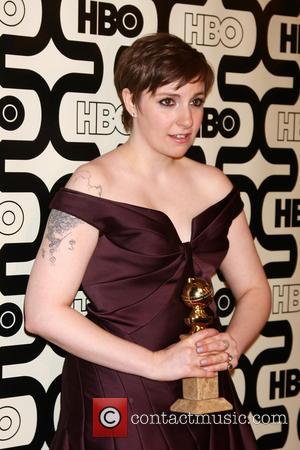 Brainchild of Lena Dunham, Girls has been acquired by HBO for a third season, and maybe even a fourth, fifth and sixth season, given that Dunham revealed to Alec Baldwin that she had signed a 6 year contract with the mega-network.

Having just won two Golden Globe awards, it's unsurprising that HBO has been clamouring to keep the tidy little money maker on its books. "I'm so excited [for the third season]," she told Baldwin. "You know, it's not clear. I mean HBO contractually has me I think as an actor for six years but as a writer and director -- I should pay more attention to my deals, but I'm just so excited to have my job, I just go, 'Okay, whatever you say.'" Dunham also signed a $3.5m publishing contract last year with Random House for a book of a collection of her essays, titled Not That Kind of Girl: A Young Woman Tells You What She's Learned.

Judd Appatow will continue to be on board as producer for the third season. He's the guy behind Anchorman, Superbad and Forgetting Sarah Marshall, creating a niche and style of comedy movie for himself. He's also the man Bridesmaids, a comedy about and starring girls, which probably was good experience for producing a show named right after that gender.

Girls is only partway through season 2. If you want to see what all the fuss is about, tune into HBO Sundays at 9 p.m. ET.