Lena Dunham wants Kendrick Lamar to appear on 'Girls' in an ''inappropriate'' storyline. 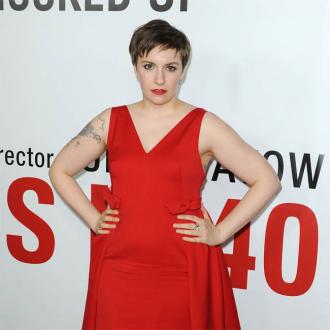 The actress and writer is desperate for the 'Swimming Pools' rapper to appear on her show and she's already got an idea of an ''inappropriate'' storyline he could be involved in.

She said: ''If I could ever get any rapper, right now I'm going to go with Kendrick Lamar. I would want him for something inappropriate. I'd say to him, 'I'm in a relationship, but I want you to know that I connect with you on a visual level.'

''He would make a nice addition to our cast. He's really busy though.''

Lena, 27, is dating Fun. Guitarist Jack Antonoff in real life, but doesn't have any plans for him to appear on the show.

She told America's OK! magazine: ''He's pretty comfortable. He knows he's too well behaved to be very interesting on the show.''

Lena also had advice she'd like to give to her younger self.

She said: ''Relax and stop trying so hard, because it's gonna be OK. You can't force other people to like you. You have to ride the wave, and chill.''