'The creator of HBO's comedy-drama 'Girls' admits, "I'd rather give parts to other women than be the woman having the parts," in a a candid interview with Glamour. 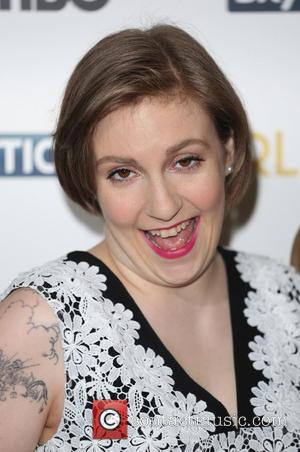 Lena Dunham has revealed that she has already thought about retiring from acting.

The 27 year-old made the revelation while appearing as Glamour's cover girl for the magazine's April issue.

Dunham is the creator and writer of the Golden-Globe winning HBO comedy-drama, and although she has received her own accolades for starring in 'Girls', she sometimes prefer working behind the camera.

"I don't know if I'm going to want to act anymore," she said to the mag. "I'm always relieved on the days I don't have to."

Dunham admitted that she would rather see other actresses taking the roles, rather than herself.

"I'd rather give parts to other women than be the woman having the parts," she added.

However, as far as Dunham's photo-spread for Glamour, the actress isn't having any trouble in front of the camera on this occasion.

The Golden-Globe winner sported her gleaming short hair, and although it is clear not a lot of makeup was used, she did rock the black cat eyeliner look.

"I have real hair impatience and I cut my hair off really short about a year and a half ago," she said of her locks.

"It was completely liberating," Dunham continued. "I felt more like myself than I ever had before. Now I'm kind of growing it out a little, working with a fifth-grade school girl look."

Lena also divulged with the magazine when she feels her best. "I feel prettier with a naked face and ChapStick," Dunham said. "But a good haircut makes a huge difference."