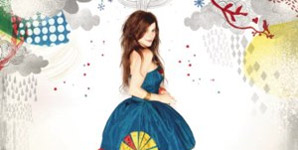 Lenka - Heart to the Party Video

Lenka Everything At Once Clip Video

Lenka Everything At Once Clip Video