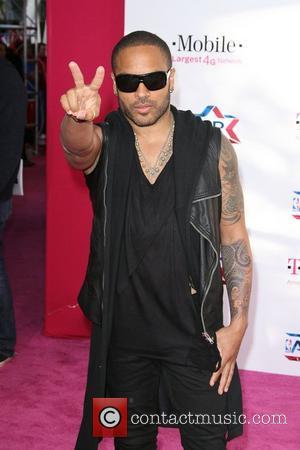 Lenny Kravitz, the Grammy-award winning American musician, has joined the cast of 'The Hunger Games', the big screen adaptation of Suzanne Collins best -selling novel, reports MTV News. Lenny Kravitz will play the kind-hearted 'Cinna' in the highly anticipated new movie set for release in March 2012.
Of the surprise casting, the film's director Gary Ross said, "When I saw Lenny's work in Precious, I was just knocked out. It was quiet and strong and understated and openhearted, all qualities which define this character. I'm really looking forward to this ride". 'The Hunger Games' is set in a collapsed United States renamed the nation of 'Panem'. The movie will follow the story of 'Katniss Everdeen', played by Jennifer Lawrence, who is selected to participate in a deadly televised event. Kravitz's character is the 'stylist' responsible for presenting the competitors in costumes and ensembles that reflect their characteristics. The musician, who won the Grammy AWARD for 'Best Male Rock Vocal Performance' four years in a row, joins a long list of high profile actors in the movie. Woody Harrelson, Elizabeth Banks, Josh Hutcherson and Liam Hemsworth are all signed on to appear.
Despite being best known for his music, Lenny Kravitz recently made the foray into acting. He was lauded for his performance as the compassionate 'Nurse John' in the 2009 drama 'Precious'.