Lenny Kravitz says his musical achievements don't impress his young relatives as much as appearing on 'The Simpsons' did. 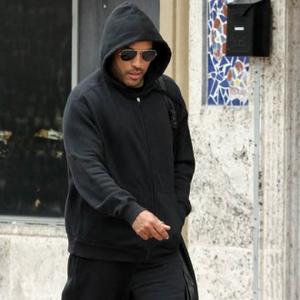 Lenny Kravitz says his guest appearance on 'The Simpsons' impresses his nieces and nephews more than his music.

The Rock star appeared in the animated series in 2002 episode 'How I Spent My Strummer Vacation' - which sees main character Homer Simpsons go to Rock 'n Roll Fantasy Camp - and he admits his younger family members at the time were big fans of his cartoon alter-ego.

He said: "To my nieces and nephews appearing on 'The Simpsons' was when I actually made it. All the other stuff doesn't count."

The 'Are You Gonna Go My Way' singer has a 22-year-old daughter Zoe - his child with ex-wife Lisa Bonet - and he recently revealed she is his best friend.

He said: "I'm old-school about the father-daughter thing, but she's also my best friend.

"She grew up with me. I didn't hide a lot. She learned by listening and observing what I was doing."