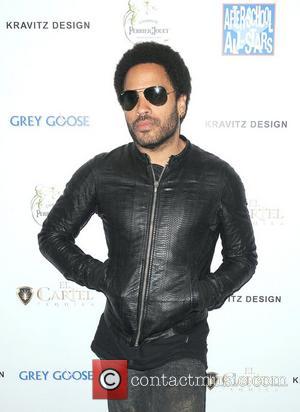 Lenny Kravitz has rock veteran Robert Plant to thank for helping him rediscover his love for performing live because the Led Zeppelin legend once scolded him for taking concerts too seriously.

The Fly Away hitmaker admits he used to pick apart every one of his shows early on in his career in an effort to improve his live sets, but his constant struggle for perfection meant he never really enjoyed playing in front of his fans because he could always spot something that could have been done better.

It wasn't until Plant joined him on tour in the early 1990s that the British icon confronted him about his serious manner and urged him to lighten up and enjoy the moment.

In a candid interview on U.S. Tv show Oprah's Master Class, which aired on Sunday (02Jun13), Kravitz explained, "When you go out live, no matter how much you've rehearsed, no matter how great your crew is and your sound guy, when you get up on that stage, it all just goes where it wants to go.

"I'm one that when I get off stage, I don't like it. 'This wasn't good enough; that wasn't good enough. I want better.' I used to be really hardcore about it, to the point where I wasn't having the fun that I should have been having.

"I will never forget Robert Plant of Led Zeppelin... he came on tour with me. He saw my attitude and he came into the dressing room one night and basically went off on me for being too controlling, for not having fun, for not embracing this gift, for not enjoying it for what it is, and he hit me with it and I knew he was right. That changed everything for me. He taught me to let go. It was the beginning of me letting go."

And Kravitz insists he will always be grateful to Plant for telling him like it was: "It's beautiful when somebody has the nerve to tell you straight. I prefer that, personally. I appreciate it and it causes me to grow. He really saved it for me, the whole thing of touring and playing live. He's like, 'You know, we had fun when we did this stuff. You're being too serious. You're trying to control it and make it be this thing. Just let go.' That was good enough for me."