Lenny Kravitz thinks women should be running the world because they are stronger and more sensible than men. 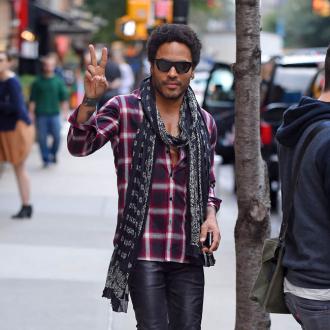 The 50-year-old singer likes ladies in positions of power, and thinks they should be rulers instead of men because they are ''so much more sensible.''

He said: ''I personally think women should be running the world,

''I believe women are so much more sensible, have so much better intuition and ultimately are stronger.''

The 'Stand By My Woman' hitmaker expressed his disappointment however, about a lack of inspirational figures of either gender for the current generation, and said the ''classic voices'' such as Martin Luther King Jr. and Mahatma Gandhi still resonate with him.

He told art publication Flatt: ''I don't really feel there is a distinct voice for this generation. The classic voices still speak to me,''

The hunk previously revealed his love for powerful females had driven him to want to remarry, following a failed marriage with actress Lisa Bonet which ended in 1993.

Speaking of the relationship he said: ''I think I just wasn't ready,

''I had to take a break. I went through a lot of emotional things, a lot of deaths in my family. But now, I would love to be married. It just has to be the right person, at the right time.''

In the past two decades, the star - who had 26-year-old daughter Zoë with Lisa - has also dated singer Vanessa Paradis and model Adriana Lima, but admitted he finds it difficult as a musician to sustain a relationship.

He said: ''The hard part is that I'm always moving. It's the lifestyle,

''When you have a tour booked for a year and half, you know where you have to be. You definitely have to find somebody who can move around.''