Lenny Kravitz is very close to his daughter Zoe, 22, and says she is his best friend. 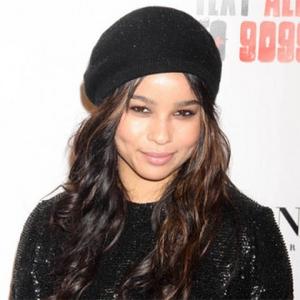 The 47-year-old singer is pleased he has a close relationship with 22-year-old Zoe - his child with ex-wife Lisa Bonet - and says he has always been open with her when she was growing up.

He said: "I'm old-school about the father-daughter thing, but she's also my best friend.

"She grew up with me. I didn't hide a lot. She learned by listening and observing what I was doing."

Lenny used to enjoy wearing flamboyant outfits on stage and admits some of his costumes are now owned by his daughter.

He added: "I would try anything, furs, boas, platform boots. It's funny how you never think you're going to change.

"Now my daughter has a lot of my stuff. She took all my feather boas. They were in storage and I yelled at her, 'Don't steal my boas!'. She laughed and said, 'Those words would not come out of most fathers' mouths.' "