The soul singer connected to the Will Smith movie on a personal level.

Will Smith stars in an intense new medical biopic entitled 'Concussion', and while the story itself is an incredible rollercoaster, there's a soundtrack behind it led by Leon Bridges that reflects some of that deep impact flawlessly. The song that Bridges lends to the score is 'So Long'; a track which follows the breakthrough of his debut single 'Coming Home', the title track to his first album released in June 2015. Bridges reveals that he found it particularly easy to connect with the feeling of the film, which he describes as a 'beautiful movie'.

'I was inspired by the true story of the outsider and I felt that from a personal level', he explains. 'Just going back home and people telling me I don't deserve to be where I'm at because I haven't been working as hard and as long as some other musicians. I felt like I connected with it. I love the story of him bringing truth to the surface.'

It's certainly been a whirlwind journey for 26-year-old Bridges, who only signed to Columbia Records a year ago after spending his nights singing soul in Fort Worth, Texas open mic nights. 'This time a year ago I was washing dishes in Fort Worth. To be here, it's such an honour', he says. 'Will Smith could be in a movie about potatoes and I'd write a song for it. He's an amazing person.'

Watch the trailer for 'Concussion' here:


'Concussion' is, indeed, not about potatoes. It tells the story of a Nigerian forensic pathologist named Bennet Omalu, whose work on brain damage in long-term American football players was shunned by the NFL, despite his evidence from the autopsy of Mike Webster in 2002. Will Smith is the star and it has been directed by Peter Landesman with Ridley Scott among the producers.

The movie, which is set for release on February 12th 2016, has been nominated for a Golden Globe. Smith is up for Best Performance by an Actor in a Drama, vying against Bryan Cranston, Leonardo DiCaprio, Michael Fassbender and Eddie Redmayne. 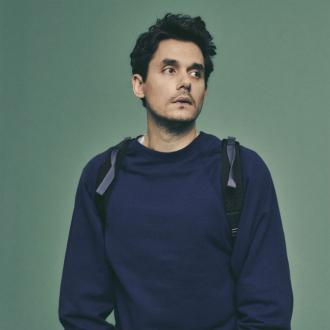