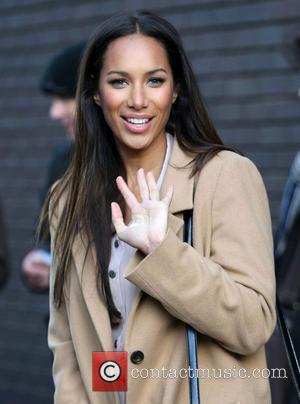 Leona Lewis will be performing at Radio One's Hackney Weekend in London this summer. Leona has been chosen as a special ambassador for the event along with Professor Green. Hackney Weekend is being held in conjunction with the main Olympic celebrations in the English capital this year. Both Professor Green and Leona Lewis grew up near Hackney Marshes, where the event is being held. 26 year-old Leona spoke to the BBC's Newsbeat reporters and told them "To be a part of this event is so important to me. Radio 1 are going to put on the biggest show in their history and it's happening in East London."

Professor Green told the BBC that Hackney is the "place where it all started" for him and he considers the area "home." He told reporters "Hackney is a great place, so events like this and the Olympics will help showcase the borough in a positive light. It's going to be an amazing weekend and I'm delighted to be a part of it." Today, it was announced that Leona and Professor Green will be joined by the likes of British favourites Jessie J and Ed Sheeran as well as US performers Lana Del Rey and Jack White. Florence and the Machine and Tinie Tempah are also among the names previously announced for the free event.

Ticket registration for the event, which takes place on February 23 and 24, 2012 opens on Monday February 6, 2012 and closes on Monday March 19, 2012. The majority of tickets will be allocated to resident of the borough of Hackney. Similar to the ticketing process for Glastonbury Festival (which would normally be held on that weekend but is not taking place this year), applicants need to upload a photo of themselves, which will be printed on tickets, to prevent them being sold on.